USE OF THE MOTHER TOUNGE (L1) In EFL CLASSES


USE OF THE MOTHER TONGUE (L1) In EFL CLASSES 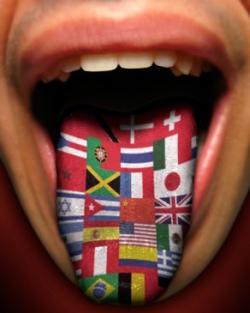 The role of the students' mother tongue ( L1 ) in EFL classes has been the subject of debate over the last decades. There are two main approaches about the use of the mother tongue in the foreign language classrooms. Many researchers suggests that the target language should be the the only medium in  foreign language teaching. According to this group or the supporters of monolingual approach, the banishing of the mother tongue increases effectiveness of learning the target language. On the other hand ,some other researchers or supporters of bilingual approach, believe that the use of the mother tongue can be very beneficial instructional tool in EFL classes. In this post, I am going to give some information about the monolingual and bilingual approaches to L1 use in EFL classes by presenting some points from related studies of the EFL literature and from the interview I conducted with an instructor.

According to Krashen, as a proponent of the monolingual approach, the use of the mother tongue in the learning process should be minimized. Indeed, many educators believe that L1 use in EFL lessons should be prohibited because of several reasons. For those educators, some disadvantages of using L1 can be listed as the following:
• The syntactic differences between the target language (L2) and the native language
(L2)may mislead students, for instance, while English sentences are built according to SVO , in Turkish, sentence structure is SOV or OSV.
• The use of L1 can become habit which is difficult to change later, thus, whenever students face some difficulty in using the target language they will shift to the mother language.As a result, students will be less exposed to the target language. The less comprehensible input leads the less language learning.
• Translation from the native language into the target language, most of the time, doesn't work. Not only because of the syntactic differences but also the pragmatic differences makes translation nonsense and even funny.

The monolingual approach has been criticized by some teachers who find that the use of L1 in EFL classes is beneficial at various levels. According to the supporters of this approach, students who intent to learn a foreign language, naturally, don't attend to the classes with a mind like blank slade or “tabula rasa”.On the contrary they come loaded with their native language and cultural heritage. According to Butzkamm (2003):

Using the mother tongue, we have (1) learnt to think, (2) learnt to communicate and (3) acquired an intuitive understanding of grammar. The mother tongue opens the door, not only to its own grammar, but to all grammars, inasmuch as it awakens the potential for universal grammar that lies within all of us. This foreknowledge is the result of interactions between a first language and our fundamental linguistic endowment, and is the foundation on which we build our Selves. It is the greatest asset people bring to the task of foreign language learning. For this reason, the mother tongue is the master key to foreign languages, the tool which gives us the fastest, surest, most precise, and most complete means of accessing a foreign language.


So it is practically impossible to ban the L1 and its culture in EFL classes. Storch( 2003) who conducted a survey with 24 University ESL students note  that language learners are usually discouraged from using their L1 in L2 classroom activities. The teachers who support the bilingual approach believe that the use of the mother tongue can be helpful in several ways if it is used judiciously: 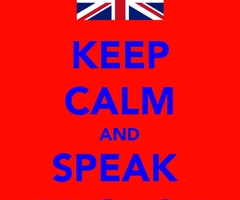 The instructor I interviewed said that even it is not trendy from the communicative teaching perspective, the mother tongue is somehow used in EFL classes . Although she believes that the use of the target language should be encouraged in EFL classes, there are sometimes in which the use of the mother tongue is inevitable.According to her, L1 can be used in giving difficult instructions ,  providing feedback and  generating ideas about a topic.

Educators should know when and how to use L1. The mother tongue can be probably more beneficial to beginners. According to the survey of Mouhanna (2009) that conducted to explore the role of L1 in the EFL classrooms, lower students have higher demand for L1 use. In other words, the research indicates “L1 should be incorporate as a pedagogical tool for learning particularly at lower levels”. Since their English proficiency is very low, they need some support to build up grammar and vocabulary knowledge. As Butzkamm (2003) claimed “monolingual lessons without the help of the mother tongue are extrinsically possible; however, monolingual learning is an intrinsic impossibility. No one can simply turn off what they already know. We postulate that the mother tongue is "silently" present in beginners, even when lessons are kept monolingual”.

Students in study of Mouhanna (2009) were generally able to identify the relative importance of L1 based on their own specific learning needs.The finding that lower level students who were more likely to support L1 use as a scaffolding tool indicated that students identified this as an important part of effective learning.The findings of Storch (2003) study shows that L1 enabled the participants to provide each other with definitions of difficult vocabulary and explanations of grammar. The students also found their L1 useful in arguing a point. Their L1 helped them argue their case more quickly and clearly. Some other students reported that they use L1 for inner speech or sub-vocal speech. ( Storch) In the same study during the interviews 8 of the 12 students noted that L1 could be useful tool in various ways such as completing the tasks more efficiently, particularly more meaning-focused activities ( the joint composition tasks). ( Storch p.767) . Besides according to the survey the use of L1 may assist learners to gain control of the task, and suggests that learners may extend their zone of proximal development by using L1 as a scaffolding tool.( Scor p.768) .

Of course, the list of the areas of foreign language may be extended, for instance, giving translations of Idioms and proverbs can be very helpful. With careful use of L1 learners may become willing to experiment and take risks with English. Besides, classroom management can be easier in the mother tongue. “when used properly, the MT steals very little time away from the FL, and, in fact, helps to establish it as the general means of communication in the classroom. The lesson and the organization of the lesson, still take place in the foreign language. This fulfills a necessary and correct requirement of the direct method. Paradoxically, a 'foreign language friendly' atmosphere is best achieved through the specific, albeit discrete use of the mother tongue.” Butzkamm ( 2003) 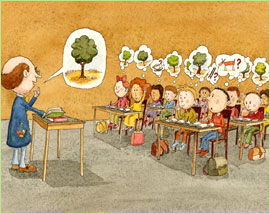 The argument about the use of L1 in foreign language teaching hasn’t been finished yet. On the one hand, L1 is seen as a taboo by some educators.So they reject the use of L1 and close their eyes to any positive effect of it. On the other hand, there are those teachers who use L1 excessively. Both sides are using a very valuable resource in a wrong way. I believe that teachers should do their best to use the target language but at the same time they should switch to the mother tongue when it is really necessary. A judicious use of L1 in EFL classes can boost the learning outcomes, so it shouldn’t be considered as a bogyman. As Butzkamm said

As you know we can use films in several ways  for teaching English.I liked the following  links that I encountered on the net. 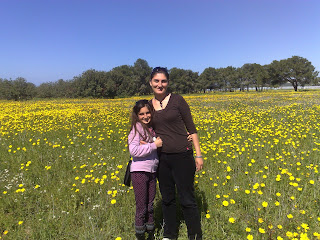 After a long break I am here again:)Really miss blogging!It is not that easy to have an ongoing blog, but I believe  I am going to post more stuff  this time.
Posted by Meral at 2:11 PM No comments:

Meral
Hello!Welcome to my blog:))My name is Meral.I'am an English teacher. From Turkey,but currently living In Cyprus (Turkish part). I am married and mother of two wonderful kids.